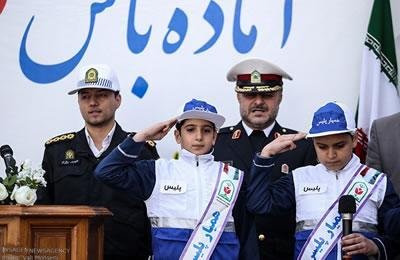 In a gathering on Sunday, January 1, 2017, of sheriffs and commanders of the State Security Force in the southern province of Boushehr, the SSF spokesman Saeed Montazer-ol Mehdi said the veil is a divine blessing. He reiterated, “If the veil is not observed, the police is duty bound to deal with those who break the norms.”

Stating that confronting the issue of mal-veiling is a priority for the State Security force, Montazer-ol Mehdi said, “Twenty-six agencies are in charge of promoting the veil, among whom the Police is the last.”

Fatemeh Akbari: We’re the continuation of a path that leads to freedom

Iran: Treating husband is better for girls than physics, chemistry