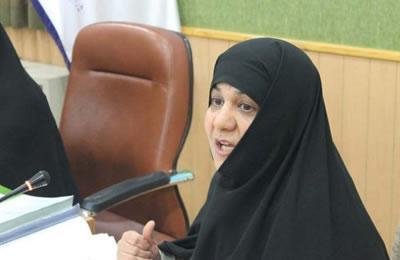 Iran: Treating husband is better for girls than physics, chemistry

One of the regime’s officials defended marriage of child girls in Iran.

Zahra Ayatollahi, head of Women’s Social and Cultural Council in the Supreme Council of the Cultural Revolution, argued, “Our grandmothers and grandfathers got married in very young age. Many of them were 14 or 15… This practice should be implemented today, as well, in our society.”

Ayatollahi said having a family is more important than having education for a girl. She pointed out, “It is more essential for girls to learn how deal with their husbands’ families than to learn chemistry, physics and math formulas.” (The state-run Qanoon (law) daily – January 2, 2017)

This misogynist woman defends child marriage while according to the regime’s statistics, economic poverty is the main reason why families give their daughter for marriage between the age of 10 and 15. Divorce rate in Iran has been skyrocketing over the past years and the widow age has dropped to 16 while Iranian welfare and social security system has no protective plan for the homeless or widowed women.