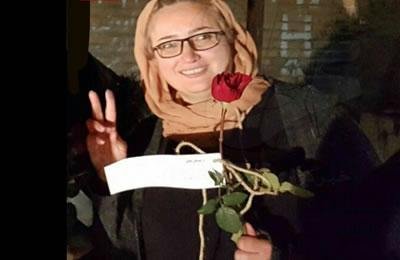 A few hours after being released from Varamin’s Qarchak Prison on January 4, 2017, Zahra Shafii said, “They read out the court’s verdict for us in prison… Our sentence is two years of suspended imprisonment and 74 strikes of the whip.”

Zahra Shafii who had been imprisoned for protesting and demanding the release of his teacher, Mohammad Ali Taheri, reiterated, “We are not content with such unfair verdict and we are going to have a protest.”

Viola Desmond, Canadian who fought segregation, to appear on $10 note