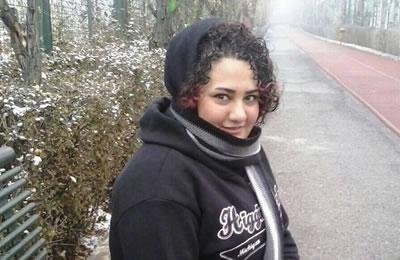 Iran: Atena Daemi protests fabrication of new charges against her

Civil and children’s rights activist and political prisoner Atena Daemi staged a sit-in in Evin prison to protest the Prosecutor’s stonewalling in responding to her demands.

A source close to Atena Daemi explained, “After learning about the summoning of her relatives, Atena wrote a detailed letter and demanded to meet with a representative of the Prosecutor’s Office, or Ward 2A, or the Judiciary to express her protest to the fabrication of a new case to put further pressure on her. She pointed out that her relatives had no activities. However, she received no answer.”

The source said, “After several referrals to the sentry officer when she did not receive any suitable response, she staged a sit-in for two days at the sentry office, without eating or drinking for a full day. After two days, Evin warden Charmahali called her and threatened her so that she would withdraw here complaint against the IRGC. He said the complaint would get nowhere but will be used against her.”

The source close to Ms. Daemi reiterated, “To follow up on the new case fabricated against the Daemi Family, their lawyer referred to Moghaddas Office of the Prosecutor for three or four times, before he was let in.

“During his talks with the Judiciary officials, they completely denied the fact that they had filmed (the arrest of Ms. Daemi) which was in fact a breach of the law by the arresting agency and its officials.”

It should be noted that following the fabrication of a new case against Atena Daemi, three members of her family including two sisters and a brother-in-law were summoned to the Evin Prison Prosecutor’s Office on Tuesday, December 27, 2016.