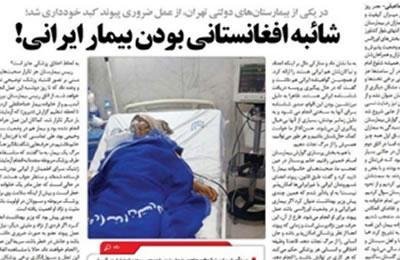 Tehran’s Khomeini Hospital refused to do a liver transplant operation on a sick woman who was suspected to be an Afghan.

The news was published in the January 6 issue of the state-run daily Jahan-e San’at (World of Industry).

The woman’s nephew said their family were originally from Sistan-and-Baluchistan, but had been residing in Gonbad for the past 35 years. He stressed that his aunt’s documents and confirmation by the coroner’s office indicating that the woman was an Iranian citizen were at hand through her husband, nevertheless hospital officials did not do her operation. (The state-run daily Jahan-e San’at, January 6, 2017)

Iran: Atena Daemi protests fabrication of new charges against her