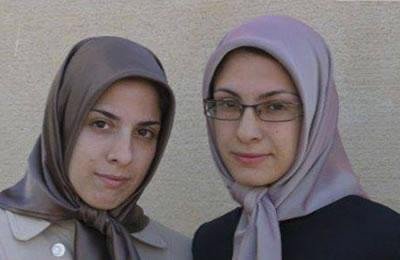 Two members of the Iranian opposition issued a call appealing to the world’s conscientious people and human rights authorities to take urgent measures to save the life of their father, political prisoner Ali Moezzi.

Forough and Hejrat Moezzi are the daughters of political prisoner, Ali Moezzi, 65. He was abducted on the morning of Wednesday, January 4, 2017, on his way back to the prison ward after visiting his brother. He has been taken to an unknown location.

Forough Moezzi said, “Our father has finished serving his sentence and he must have been freed. Instead, He was abducted in prison by the Intelligence Ministry agents a few days ago. We have no information as to the place he has been taken to.”

Forough added, “In light of the abysmal record of human rights violations in Iran and the crimes of the mullahs ruling Iran, I think he is in serious danger and we don’t know about his fate.”

Hejrat Moezzi also pointed out, “He recently condemned the 1988 massacre of political prisoners in Iran, while still in prison. So, he had been summoned repeatedly by the Intelligence Ministry agents and threatened to death.”

Ali Moezzi is a renowned political prisoner who has been imprisoned three times by the Iranian clerical regime. The first time was from 1981 to 1985 for supporting the opposition People’s Mojahedin of Iran (PMOI/MEK). The second time was from 2008 to 2010 for visiting her daughters in the PMOI’s Camp Ashraf in Iraq. The third time was in 2011 to date, for participating in the funeral ceremony of political prisoner Mohsen Dogmechi who was tormented to death due to denial of medical treatment for his cancer.

There is an ongoing twitter campaign to save the life of this political prison, #SaveAliMoezzi, calling for action to support and free Ali Moezzi.