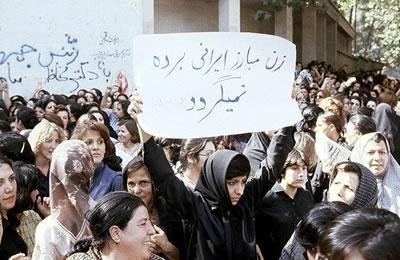 Once again, the Friday Prayer Leader of Mashhad, mullah Alam-ol Hoda targeted women’s rights and freedoms, calling child-bearing as their most important duty.

In remarks made on January 6, he said, “Woman is a factory that God created for making humans.”

In another part of his remarks absurdly setting humans as being equal only to men, he said, “Women create men, create humans, breed human beings; a 70-year-old woman who cannot even sign her name raises children who are engineers, doctors, university professors, scientists, religious scholars, etc. By having seven, eight or ten children she presents seven, eight or ten enormous elements of economy, technology and science to the country.”

Then he interfered in the families’ internal relations even inside their homes and reiterated that the issue of women’s veiling is a political issue related to the enemy.

“Women’s mingling with men is dangerous. Family gatherings and parties, even among religious families, where the bride and the young woman wears make-up and sits in front of her brother-in-law is a source of vice in the heart of the family. At least, the religious families must do away with this issue. You must do away with the mingling of men and women in your life. Expanding the number of women who do not wear the veil, is the enemy’s biggest plan.” (The state-run IRNA news agency – January 6, 2017)