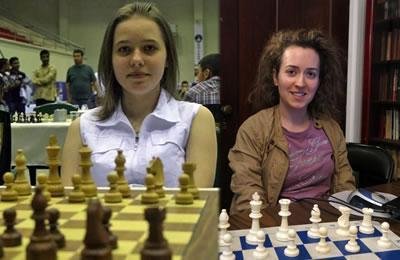 Two female chess champions announced that they are not going to take part in the 2017 championship competitions in Tehran.

Irina Krush from the US mentioned lack of security and Mariya Muzychuk from Ukraine mentioned the obligation to wear the veil as their reasons for not participating in the games. (The state-run ISNA and Tasnim news agencies – January 10, 2017)

Mariya Muzychuk, 25, is a Ukrainian chess player and Women’s World Chess Champion from April 2015 to March 2016. She is also a twice women’s champion of Ukraine (2012, 2013), World Team and European Team champion with Ukraine in 2013 and bronze medal winner of the 2012 and 2014 Chess Olympiad with Ukraine.

Iran: Imprisoned woman gets her demand