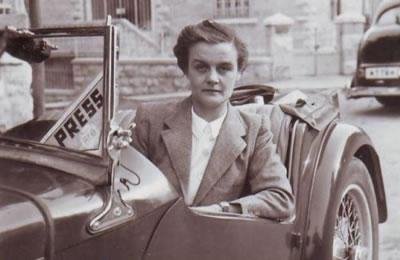 Clare Hollingworth, the British foreign correspondent died aged 105 in Hong Kong. She was just three days into her first journalism job when she landed the biggest scoop of her career.

She was 27 and newly-hired by the Daily Telegraph, when she was dispatched to Poland in August 1939 where she witnessed Nazi tanks gathering in their hundreds at the German-Polish border.

Her front page report, which ran without a byline, was headlined “1,000 tanks massed on Polish border. Ten divisions reported ready for swift strike” and broke the news of the outbreak of the Second World War. It also heralded the start of an extraordinary career that saw Hollingworth report on many of the biggest stories of the 20th century.

Tributes to Hollingworth’s legendary career poured in from former editors and journalistic colleagues who recalled her showing sharp interest in her trade well into her 70s.