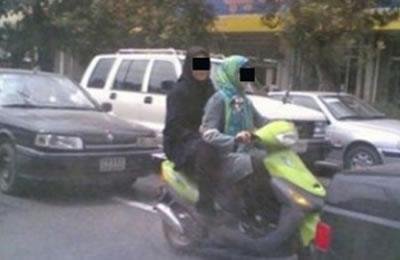 Two young women were arrested by the State Security forces on January 12, 2017, in the city of Dezful (southwestern Iran) for riding motorcycles.

Ali Elhami, an SSF commander, said, “Two outlaw girls took advantage of the absence of the State Security Force in the Jungle Park of Dezful and rode a motorcycle contrary to the values and traditions of our society… The State Security Force undertook extensive measures to follow and arrest the girls.” (The state-run Jam-e Jam Online – January 12, 2017)