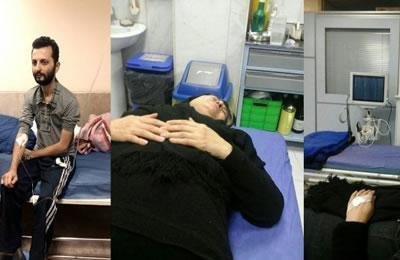 On the night of Wednesday, January 11, 2017, and on the 72nd day of hunger strike by political prisoner Ali Shariati in the Evin Prison, his mother suffered a heart attack and was taken to hospital.

Shayesteh Sadat Shahidi is in bad health condition due to stress and nervous pressure caused by the situation of her son.

Ali Shariati started his hunger strike on October 31, 2016, on the charge of protesting acid splashing on women. He has declared that as long as he is not exonerated from this unfair and illegal accusation, he will not stop his hunger strike.

Laila Delfi, the courier of freedom