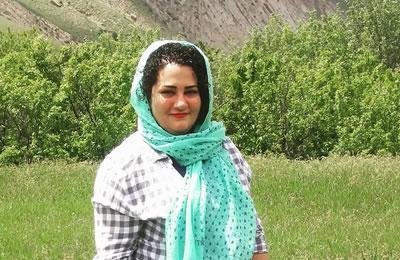 Imprisoned civil activist Atena Daemi was summoned to the Prosecutor’s Office for the second time on Tuesday, January 17, 2017, where the IRGC complaint against her was examined.

An informed source said, “A female agent who had gone to Ms. Daemi’s house to arrest her has acknowledged that because Atena intended to tear the warrant, she was forced to beat her up, while this woman did not have a warrant at all.”

Ms. Daemi contradicted her and said, “The agents did not show their IDs or any warrant. They violently broke into our house with covered faces and plainclothes.”

The informed source added, “Atena and her lawyer raised objection to the Prosecutor’s failure to examine Daemi family’s complaint against the violent conduct of the IRGC agents on the day of arrest. The inspector instructed Atena to once again write her complaint in her defense paper and hand it in.”

Atena Daemi was arrested by forces of the Sarallah Revolutionary Guards unit on November 26, 2016, without any written warrant, to serve seven years in prison.