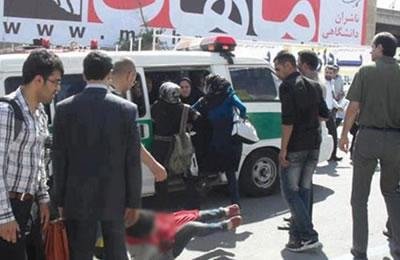 The Police Chief of Golestan’s Security Department announced that they had dealt with mal-veiled women. He said, “The cars belonging to women who dropped their veils in their cars, have been impounded.”

Providing further details on the Street Plans for Virtue and Veil, Saeedi said, “A total of 49,677 people have received verbal warnings in Golestan Province; most of them were mal-veiled… In addition to improving the grounds for observing virtue and veil, we have launched a campaign to collect satellite equipment. A total of 23,931 pieces of satellite equipment have been collected throughout the province.”

On the province’s summer suppressive plans, he said, “A total of 6,224 people received verbal warnings, 83 of whom have been turned into the judicial authorities.” (The state-run Fars news agency – January 19, 2017)

Golestan Province lies on the northeastern coast of the Caspian Sea in northern Iran.