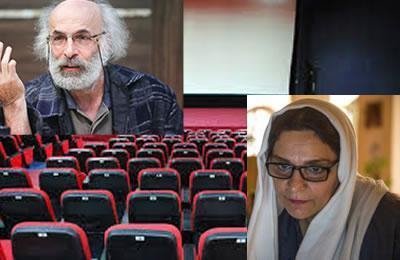 Iran: Films dealing with women’s issues are vetted from festival

The Iranian regime’s Minister of Culture and Guidance announced that ten films had been vetted from the list of movies that will be screened in a film festival on the anniversary of the 1979 revolution.

The movie Canapeh (or the Couch) produced by Kianoush Ayyari is one of the vetted films because actresses in this movie do not wear the veil but hairpieces that cover their hair.

Another vetted movie is Tahmineh Milani’s Mali and her unpaved roads. Ms. Milani has made many movies which deal with women’s problem in society. (The state-run Khabar-e Farsi website – January 19, 2017)