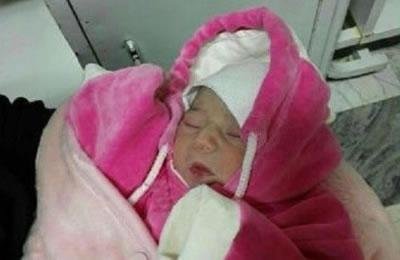 Iran: Infant girl found in a trash can

A one-day-old infant girl was found in the garbage bin of Khomein’s hospital by the hospital’s staff. No information is available on the identity of her parents. (The state-run Khabar Online website – January 16, 2017)

With the spread of poverty in the country, more destitute Iranian women have been abandoning their newborns in recent months.

The Welfare Organization of Alborz Province announced on January 14, 2017, that 119 infants were abandoned in the province in the period between March 2015 and December 2016. (The state-run ISNA news agency – January 14, 2017)

Iran: Films dealing with women's issues are vetted from festival