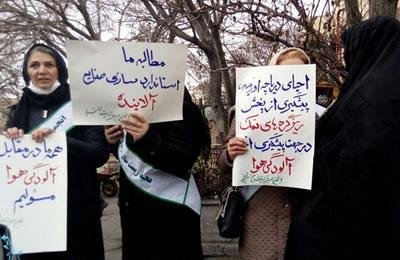 Iran: Women take to the streets of Tabriz

A protest demonstration was staged in Tabriz (capital of the northeastern Province of East Azerbaijan) on Wednesday, January 18, 2017, to protest air pollution. The gathering was held across from the Department of Environmental Protection in that city.

Women actively took part in this demonstration. They held placards expressing their discontent over the government’s failure to attend to the environment and air pollution in Tabriz.