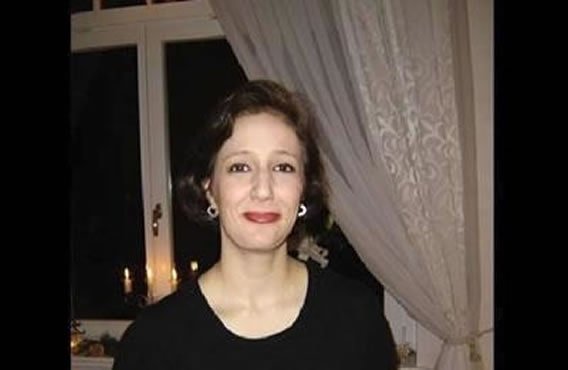 Each time I read the reports of the 1988 massacre and follow them up in social networks I find out more about their horrendous and widespread aspects and the crimes committed that summer against political prisoners. ‎

I ask myself how many years will it take for us to be able to learn of what political prisoners underwent and make our findings known to the world?

I was tremendously moved when I read an example of unparalleled resistance and martyrdom of political prisoner Maliheh Aghvami. The splendor of character and the spiritual and physical prowess of a young woman particularly when she was approaching her execution was incredible to me. ‎

According to Maliheh’s sister, a member of the Bassij Force went to their family after Maliheh’s execution and gave them a box of sweets and 500 toumans as her alimony. What could this disgraceful act mean? ‎

Maliheh was not the only young woman whose family had received an alimony from the clerical regime. In most cases, the criminal mullahs did not return the victim’s body to her family after being executed. Neither have they disclosed the place of her burial. So, why was it so important for the mullahs to make sure the alimony is delivered to the family?

At this point, I would like to elaborate to some extent on the two issues of “temporary marriage” and “rape”.

In permanent marriage, it is permissible to mention or not mention alimony; but in temporary marriage, the marriage is void if there is no alimony. ‎

The Civil Code of the clerical regime puts great emphasis on the woman’s alimony being designated in marriage. Articles 1095-1098 of the Civil Code lay down arrangements to ensure the woman’s alimony is granted to her under any circumstances in a temporary marriage. From a legal standpoint, nothing can revoke the alimony. According to these articles, a woman does not get any alimony only if the marriage is void and there has been no intimacy. The woman’s legal age to be wed in temporary marriage is 13 years, according to the Civil Code.

So, if the woman is not content, the temporary marriage is void and considered “rape by force” and violence according to the Iranian regime’s Islamic Punishment Law – and also by the laws of other countries – and therefore, punishable. Such violent aggression is because it is forced on woman without her consent. It must be noted that according to the Islamic Punishment Law, rape by force can only occur outside a legitimate marriage – whether permanent or temporary.

Considering the culture of the mullahs’ bloodthirsty regime, we can conceive of the enormity of such violence in the raping of young imprisoned girls.

Under the Iranian regime’s Islamic Punishment Law, rape by force is punishable by death and execution. One wonders then, why was delivering the alimony to the family of the victim (according to articles 1095-1098 of the Civil Code), i.e. Maliheh and other young women, so important to the regime when the temporary marriages were void and considered rape by force, punishable by death according to the regime’s laws?

The clerical regime has always wanted to harass and psychologically torture the families of martyred PMOI/MEK women. The regime insisted to have the families know of what had happened to their beloved daughters in the prisons of the mullahs’ regime, even if such oppressive deeds contradicted the regime’s laws.

Why is the regime’s vindictiveness not relieved despite such horrifying crimes, torture, rape and executions? One can find the answer in the regime’s fear from the women of the PMOI/MEK, a fear that still haunts the regime despite execution of these invincible women who have “devastated” the regime in the words of their own leaders.

Paying the alimony to the families of martyred women of the PMOI/MEK was the Iranian regime’s attempt to cover up its endless fear and weakness in the face of such powerful women.