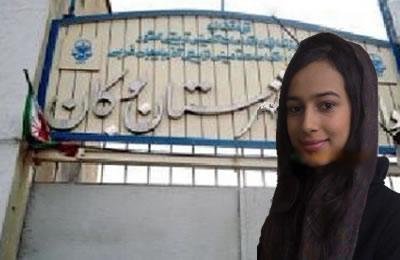 Kurdish painter, Neshimal Sohrabi, was arrested on Saturday, January 21, 2017, by agents of the Department of Intelligence of Boukan.

A source close to Soharabi family said, “Forces of the Department of Intelligence of Boukan broke into the house of Neshimal’s father without any legal or judicial warrant. They searched the house and arrested her.”

Boukan’s Department of Intelligence announced that the reason for Neshimal Sohrabi’s arrest is her promotion of the anniversary of the formation of the Republic of Kurdistan.