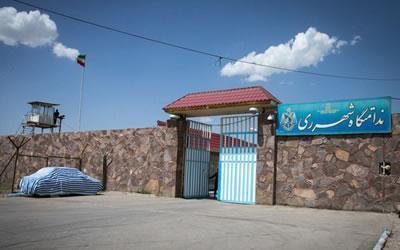 Marjan Davari, researcher and translator, was transferred from the women’s ward of Evin Prison to the infamous Shahr-e Ray Prison for women, also known as Qarchak Prison.

Ms. Davari suffers from severe arthritis in her legs and harsh prison conditions have aggravated her pain.

Ms. Davari, 50, has graduated in Graphics from Tehran’s Az-Zahra University.

She was arrested at home on September 24, 2015, in Mehrshahr of Karaj. She was taken to the infamous Intelligence Minisry Ward 209 where she stayed in solitary confinement for three months. During this period, she did not have access to any legal counsel or lawyer, while being interrogated.

The reason for Ms. Davari’s arrest was translation of books about mysticism and metaphysics. She used to teach in an institute called, Rah-e Marefat or the Path of Knowledge.