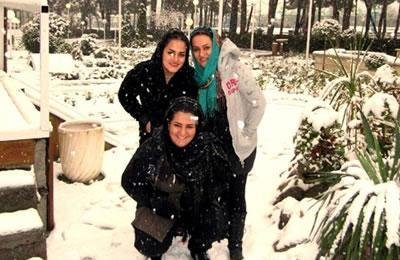 Iran: Imprisoned woman’s relatives were informed of their charges

Ensieh and Hanieh Daemi and Hossein Fatehi (the family’s son-in-law) went to the Prosecutor’s Office at Evin Prison.

A 40-million-touman bail was issued for Ensieh and Hanieh after they were informed of their charges of “preventing implementation of the verdict” and “insulting government forces” in the course of the arrest of their sister, Atena Daemi.

The bail was paid in the presence of the family’s lawyer and Atena’s two sisters were temporarily released.

Following the Revolutionary Guards Corps’ filing a new complaint against Atena Daemi, members of her family were summoned to the Evin Prosecutor’s Office on December 27, 2016.