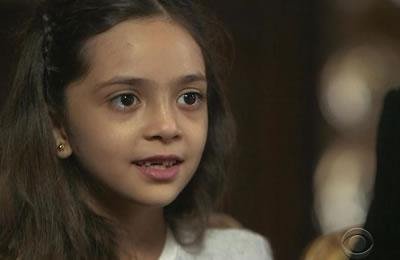 The seven-year-old girl who has become internationally famous for her tweets from the city of Aleppo, wrote an open letter to US President Donald Trump underlining the need to help Syrian children.

Bana Al-Abed left Aleppo in December along with her family, when the city was evacuated. She is presently residing in Turkey. Her twitter account is famous for the tweets she sent from Aleppo. Excerpts from Bana’s letter to Trump follow:

“I am one of the children of Syria who suffered during the war in Syria. My new home is in Turkey, but I used to go to school in Aleppo. My school was destroyed under the bombardments. Some of my friends died.

“I am very sad for them and I wish they were with me and we could now play together. I could not play in Aleppo. Aleppo was a place for the dead…

“Millions of Syrian children suffer today in various parts of Syria. They suffer from what the adults are doing.

“I know you are going to be the president of the United States. This is why I want to ask you to please save the children and people of Syria. Do something for the children of Syria because they are kids like me and they have the right like you to have a life in peace.