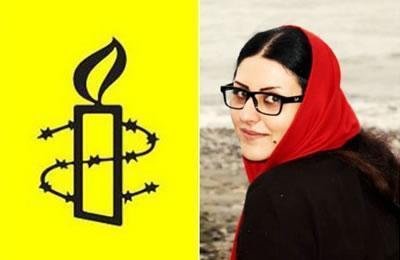 According to Amnesty International, “Iranian human rights defender and writer Golrokh Ebrahimi Iraee, sentenced to six years in prison for writing a story about the cruel practice of stoning, was rearrested on Sunday and the judicial review of her conviction is being illegally blocked.

Philip Luther, Research and Advocacy Director for the Middle East and North Africa at Amnesty International, said, “The Iranian authorities must put an end to all attempts to penalize the peaceful activities of Golrokh Ebrahimi Iraee and Arash Sadeghi in defence of human rights, immediately and unconditionally release them and ensure that their unjust convictions are quashed without further delay.”