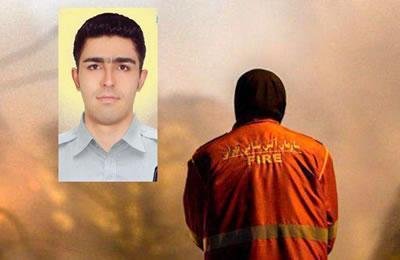 The wife of a firefighter wore the firefighters garb and rushed to the site of the collapsed Plasco Building in Tehran to find the body of her husband.

The 17-story Plasco Building located in the heart of Tehran collapsed on Saturday, January 21, 2017, burying a large number of firefighters who were attempting to save the people who had got caught up in the fire.

The woman went to the site on the night of Monday, January 23, to find her husband. Firefighters became suspicious and asked to see her ID, before finding out that it was a bereaved woman and wife of their former colleague.  (The state-run ROKNA news agency – January 26, 2017)