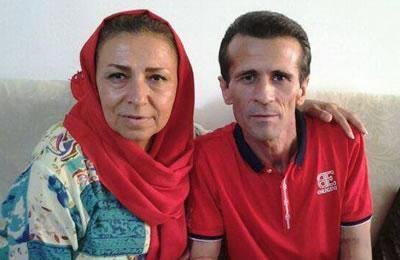 Another woman, member of the board of directors of the Workers’ Free Union, issued a statement to protest the attempted arrest of Jaafar Azimzadeh, one of the union’s leaders. Nahid Khodajou vowed not to remain silent if Mr. Azimzadeh is arrested.

In her message, Ms. Khodajou noted government pressures to clamp down on Iranian workers, using violence against their peaceful protests, flogging workers, and arresting and incarcerating prominent labor activists.

She reiterated, “We declare that if Jaafar Azimzadeh is arrested, we will not remain silent for a moment, will rise up in unity and create a storm.”