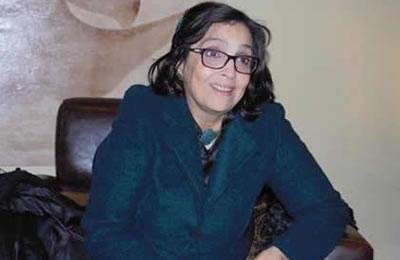 Moroccan activist hails the Resistance against the regime in Iran

Najima Thay Thay, Morocco’s former Minister of Education and Youth and a prominent advocate of women’s rights, condemned the Iranian regime’s interventions in countries in the region and said the victory of the Iranian Resistance will guarantee a peaceful and flourishing future in the region.

Ms. Thay Thay made these comments in an interview with the Saudi Al-Jazeera newspaper.

She added, “The Iranian regime’s interventions in the internal affairs of some Arab countries such as Syria, Iraq, Lebanon, and Yemen has had catastrophic consequences for all countries in the region and caused terrible destructions in Iraq, Syria and Yemen.”

Ms. Thay Thay declared her support for the Iranian Resistance by saying, “I salute the efforts of the National Council of Resistance of Iran, and on the top of all, the wonderful endeavors of President Maryam Rajavi who holds the flag of peace and friendship and represents the Iranian people’s will and ideals.”

Iran: Woman’s lawyer is not permitted to study her case