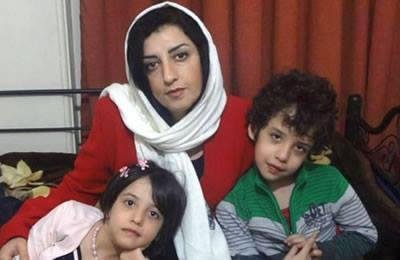 Political prisoner Nargess Mohammadi sent out a letter from Evin, in which she explained the situation of mothers in the Women’s Ward of Evin Prison.

According to Ms. Mohammadi, eight of the 31 women imprisoned in Evin are mothers who are allowed to see their children only once a week on Wednesdays and only for one hour in the presence of the prison guards while being monitored by five closed circuit cameras.

Of course, there are other women who are mothers but have adult children and are not subject to these conditions.

Golrokh Ebrahimi Iraee seeks justice to save her husband’s life