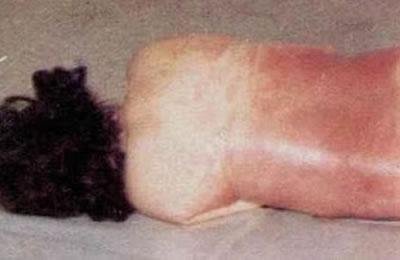 A young woman was sentenced to 99 lashes and internal exile merely for having telephone contact and exchanging text messages with a man.

Sepideh’s husband left home on April 19, 2012, and was later found stabbed to death in the desert areas north of Tehran.

Police investigations failed to find any clues to incriminate Sepideh in the death of her husband, however, they found out that she had sent text messages and called another man.

Last year, her parents-in-law filed suit against her and her friend, and Sepideh received the unfair sentence of 99 lashes and internal exile on February 3, 2017.

Sepideh earned her own and her six-year-old daughter’s living by sewing after the death of her husband whose murderers have not been found, yet, after five years.

Iran: Woman sentenced to be blinded