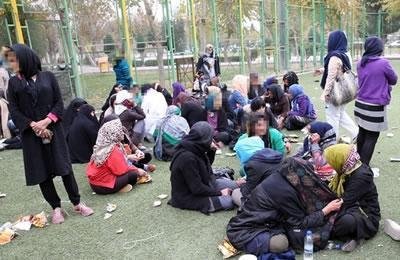 The latest official statistics show that one woman is addicted in Iran for every 9 male addicts.

The figure was announced on February 5, 2017, by Hamidreza Fat’hi, head of the Department for Prevention of Drug Addiction in the Ministry of Health.

The figure must be considered tremendously understated since drug addiction is a prevalent problem under the repressive conditions in Iran where people are desperate in earning their living and the country’s economic foundations are crumbling adding more and more people to the army of unemployed.

In the meantime, the Revolutionary Guards Corps (IRGC) in the main sponsor of drug trafficking in the country as a great source of revenue, providing cheap drugs which are easily available to anyone.