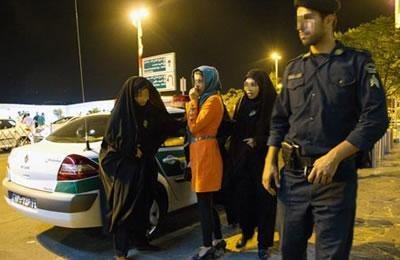 Iran: Vice patrols to step up activities against women’s rights

Vice patrols called to help bring down the number of mal-veiled women.

Majid Souri, Commander of the Revolutionary Guards of Boroujerd, told a gathering on February 7, “We call on those who enjoin good and forbid from evil, to take action in the framework of local guidance patrols to bring down the number of mal-veiled women.”

Boroujerd is one of the major cities of Lorestan Province in western Iran.

Iran: Atena Farghadani writes on the anniversary of 1979 revolution