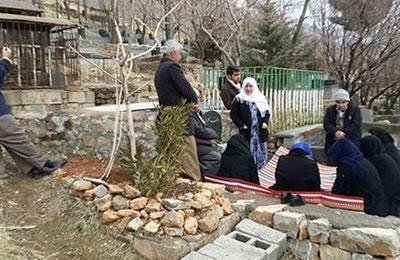 Monday, February 13, 2017, marked the anniversary of Sane’e Jaleh, a Tehran University student of art who got killed by security forces in a protest demonstration on this day in 2011, at the age of 26.

His mother and relatives commemorated him in a ceremony at his tomb. Such ceremonies are considered an act of protest to the Iranian regime that does not tolerate any dissent.