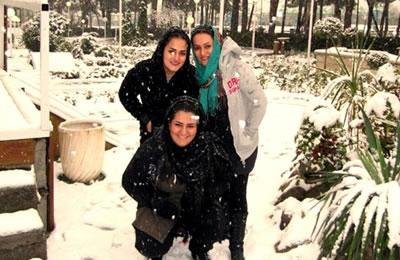 Sisters of Evin political prisoner Atena Daemi were exonerated from the charges leveled against them by the Revolutionary Guards Corps.

Ensieh and Hanieh Daemi charged with alleged “insulting of the leader, as well as deliberate insulting and beating of government agents” were relieved from prosecution.

The trial to examine the charges against Atena Daemi’s family were convened in Evin on January 23, 2017. Earlier, Atena Daemi had published an open letter in which she had responded to the unfounded IRGC allegations and protested their filing of spurious complaints and illegal behavior during making arrests.