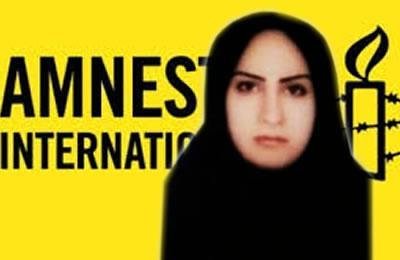 The Iranian regime’s Supreme Court turned down the appeal for re-examination of the case of Zeinab Sekaanvand on February 16, 2016. The woman in Orumiyeh Prison is sentenced to death.

With the rejection of the Supreme Court, this woman is now one step away from death.

Amnesty International issued a press release on January 11, 2017, in an effort to stop the imminent execution of Zeinab Sekaanvand. AI pointed out in this press release that 80,000 people had signed its petition urging the Iranian authorities to halt her execution and throw out her death sentence.

Zeinab Sekaanvand was 17 at the time of alleged crime. She has denied the charges against her.