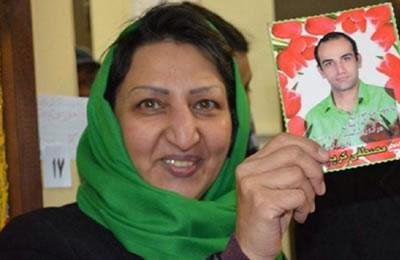 Human rights advocate and activist mother, Shahnaz Akmali, was temporarily freed from jail on Saturday, February 18, 2017, on a 100-million-touman bail ($30,800) until her trial convenes.

She was arrested in the morning of January 25, 2017, following an Intelligence Ministry raid on her home. She was subsequently taken to the Evin Prison.

Shahnaz Akmali’s son, Mostafa Karimbeigi, was shot and killed by security forces during the 2009 uprising.

Iran: Young woman expelled from national team for not wearing the veil