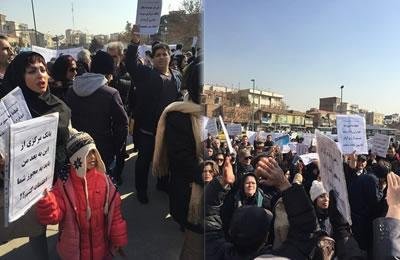 Iran: Women robbed of their funds stage protest in the capital

Hundreds of people including a large number of women staged a protest demonstration on Sunday, February 19, 2017, outside the Iranian parliament (Majlis).

The protesters had placed deposits with the Caspian Credit Company.

The company operating with a license from the Iranian Central Bank, received money from people but plundered their deposits. The people who suffered loss of their investments staged the protest, demanding the government and the Central Back to refund their money.