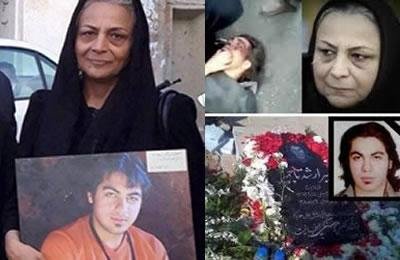 Iran: Bereaved mother says she got her Oscar from her compatriots

As the media reported about the Iranian film-maker Ali-Asghar Farhadi winning the second Oscar for his film, anti-death penalty activist mother, Shahin Tajmir, posted this message on her Facebook account:

“Just once, only once, watch the footage of my innocent son getting crushed under the wheels of the State Security Force vehicle … And then judge for yourself which film deserves to win the Oscar? Your film or the film of my son getting killed for defending humanity?

“Yours is a film, a play… But the film of my son, Amir Arshad Tajmir, getting crushed is a painful reality which will remain forever in history… But I have received my Oscar, which is a world of love, from the honorable people of my country.”

Iran: Journalist tells family not to wait for her!