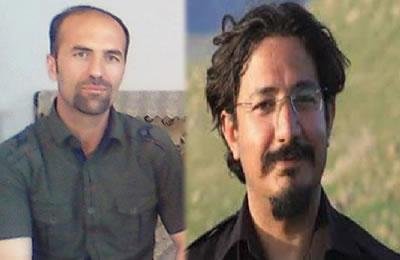 Two political prisoners incarcerated in Evin and Gohardasht prisons issued a message and congratulated women on the International Women’s Day.

In their joint message for March 8, Amir Amirgholi and Behnam Ebrahimzadeh pointed out, “IWD is particularly meaningful to the women of Iran after the past 38 years. By commemorating March 8, we declare our protest to so much discrimination and inequality against women.”

Amirgholi and Ebrahimzadeh admired Iranian women’s freedom-loving movement and wrote, “Women’s democratic movement is a strong movement. In Iran, they have fought in the frontline in every arena of this movement. We, political prisoners, expect everyone to stand up to the anti-women laws, violence against women, and humiliation of women, and consider any attack on women as an attack on the whole society. Let us get together and turn March 8 into a day when we declare our protest to savagery and barbarism.”