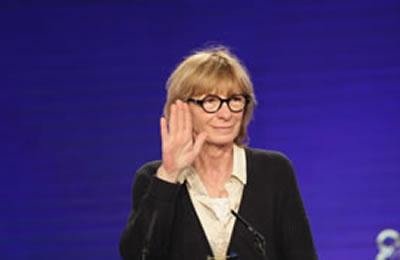 I am infinitely grateful for your welcome. As always, every time I come to you, I have been quite impressed. I thank Mrs. Rajavi for the impressive welcome every time that we come. And today is the Women’s Day. I would like to start by saying, Happy Women’s Day.

Women’s rights are very complex and as Mrs. Rajavi has pointed out several times, this is an everyday struggle. We have laws in France but we have to defend them all the time. None of women’s rights are gained free, why? Because we are seen as sub humans and we have to fight misleading thoughts that distract attention from women’s rights.

To get elected, we had to pass legislations according to which we could have women’s quotas in the elections. But sometimes, even this quota is not observed because some men like power more than they like women’s rights. So, they occupy their positions, and you find yourself to be the second, or third or the fourth person. The law has changed this to one man and one woman. But what has not changed is a woman must be elected and then a man.  There are confusions of this types in the laws.

I admire you. I honestly admire you. Last night, I was listening to the stories of many women. The story of this woman under the bombardments; the story of a young woman whose father is in prison for ten years as a hostage because she has joined the movement. This is a blackmail and a constant pressure in return for his release. This is an extremist and totalitarian government. The incarcerations, summary executions of women, children, men and youths. These are all products of vengeance.

Ingrid spoke beautifully of freedom. What a beautiful word! How many times have we repeated this word in our poems and songs all over the world? FREEDOM. And it seems that achieving it is very much difficult for many human beings on Earth and they must fight for it. And you, women, you must fight for it more. And I hail you for joining the movement.

And it is very important that there are men who understand these values and the desires of women and defend them alongside women. Yet, this freedom is also very complicated. You are fighting a hardliner regime, a regime that has been using religion to create fear and terror. And such terror usually works. Arresting and imprisoning people and even killing and torturing them.

Your struggle is admirable because you are in Albania away from the killings and torture in your country. But you should not think that it is only Albania that looks up to you. I can tell you that today, all the world looks up to you because this is a turbulent world and cause of great concern. You are marching forward and this gives other women who are being repressed, tortured and killed, the opportunity to move on, too. Therefore, you are a model. And I, Evelyne Yonnet Salvator, a little senator from Seine Saint Denis, salute you. Long live women.