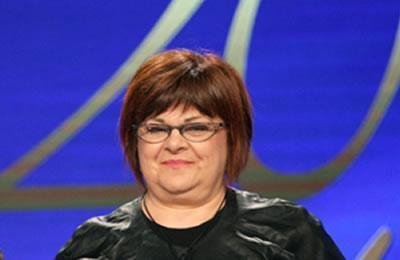 Representatives of various countries of the world,

I am very grateful for inviting me to this very important conference.

These have been very exciting hours and days for me. Today, we have gathered here to honor the International Women’s Day, but let me honestly tell you that I am very happy to see so many men here. Respectable and careful men who encourage women, equality of women and men and particularly, the issue of women’s freedom. These are issues that affect the entire human community.

I have always been worried and upset about the situation of women in the Middle East.

Your experience has always enjoyed my admiration. You are a point of reliance even for us as Italian women and for myself as an Italian senator.

The women of Iran have been struggling for long years for their freedom.

A few weeks after the victory of the Revolution, women’s first and only major demonstration was held on March 8, 1979, to protest Khomeini and the mandatory veiling (order). The interesting point in this demonstration was that many of the women and supporters of the PMOI, who were wearing the scarf themselves, were marching against Khomeini and against compulsory hijab on that day. This gave a clear message to the people of Iran.

Since then and over the past 38 years since the mullahs’ regime has assumed power, we have witnessed women’s active participation in the political struggle for freedom. From the estimated 120,000 people who were executed by the regime, at least one-third of them were women. Most of these women were members of the PMOI movement, i.e. a Muslim but anti-fundamentalist movement.

Iranian women are among the most intellectual and the most educated women in the region. They are strongly against religious dictatorship and this is the reason why they are suppressed (by imposing the) forcible veil; they are deprived of education in a number of fields; they are banned from entering sports stadiums; they are forbidden to ride bicycles, etc.

This is very important to us that the group which is opposing the religious tyranny is a Muslim force where women have leadership roles. Having Maryam Rajavi at the helms of the Iranian Resistance and her political platform for a free Iran based on pluralism has a clear message for the Iranian people that the alternative to this regime will not only end oppression against women but will be a model of gender equality in the World of Islam and the Middle East.

In the few times that you visited Italy and came to the Senate, you were warmly welcomed by the people and politicians of Italy and my colleagues in the Senate. The Iranian Resistance enjoys a lot of support among my colleagues from various parties. Many of them have supported you; they have signed your declarations and proposed resolutions to the parliament.

We must try to take the message of this conference to Italy and all over Europe. We must actively fight the policy of appeasement of the mullahs’ regime ruling Iran. We must emphasize that any relation between my country and other countries with the regime in Iran must be made contingent on improvement of the situation of human rights and end to executions.

In these hours and in these days, you have given us tremendous feelings and excitement. We will take this message with us as a precious piece of jewel.

Also, last night, as I was listening to the remarks of my Iranian sisters who were telling us their stories — some of them were born in prison, some of them had lost both parents, and the rest. It was a beautiful face-to-face dialogue which will remain forever in our hearts and in our political experience because there is a lot of pain in your stories. You narrated the stories as your eyes were shining with hope. And the experience we are celebrating today. All of us must take this message of support and convey this message of hope and struggle to everyone.

In the hope of a free and democratic Iran presided by Mrs. Maryam Rajavi.