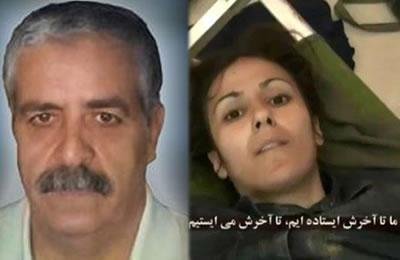 Political prisoner Abolghassem Fouladvand sent a message on March 6, 2017, from Gohardasht Prison and praised the resistance of Iranian women on the occasion of the International Women’s Day.

In part of his message, he wrote, “On Khomeini’s order, many girls, women and elderly mothers of this country were raped and many of them were executed… These crimes have continued after Khomeini even more seriously on Khamenei’s order. If a brave girl like Reyhaneh (Jabbari) defends herself and retaliates against the agent of the Intelligence Ministry who attempted to assault her, Khamenei has her hanged by his so-called Judiciary.”

In another part of his message, Fouladvand wrote, “If our conscious women and daughters protest the regime’s crimes, they are shot to death like Neda, or are abducted and killed after being raped like Taraneh Moussavi… And for those who join the organized resistance, if the regime’s executioners can access them they are killed like what happened to Saba, Assiyeh, Pouran, Zahra and Zohreh.”

Fouladvand concluded his message, “As the organized Resistance’s President-elect Maryam Rajavi said, in a not very distant future, this disintegrating regime will receive the final blow from where they did not even count on, i.e. the brave women of Iran who are the force for change.”