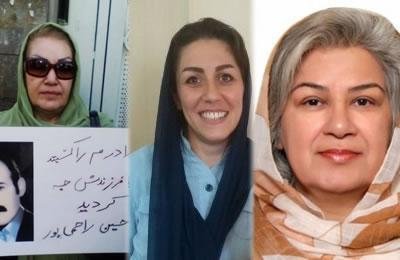 Amnesty International and 19 other NGOs and human rights organizations issued a joint statement on March 8, 2017, calling on the Iranian authorities to stop the harassment, intimidation and prosecution of human rights defenders seeking truth and justice on behalf of individuals who were summarily executed or forcibly disappeared during the 1980s and their families.

According to this statement, over the past few months, several human rights defenders, including Mansoureh Behkish, Maryam Akbari-Monfared and Raheleh Rahemipour, have been subjected to harassment, reprisals or prosecution on vague national security-related charges for their peaceful efforts to learn the fate and whereabouts of their loved ones. The persecution signals renewed efforts by the authorities to suppress the struggle that has been ongoing for over three decades to reveal the truth about the gross human rights violations that were perpetrated by the Iranian authorities during the 1980s, including the extrajudicial executions of several thousands in 1988 and their burial in unmarked mass graves.