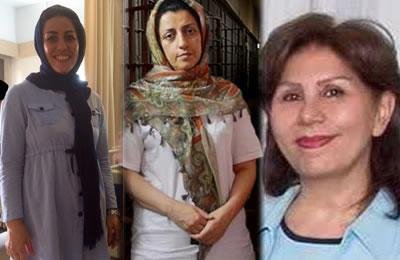 Political prisoners and prisoners of conscience in the Evin Prison commemorated the International Women’s Day. The ceremony was held on March 8 by short speeches and songs.

Speakers elaborated on the status of women in today’s Iran and underlined the need to bring about change in order to achieve equal rights.

Human rights advocate Nargess Mohammadi said the regime’s misogynist policy planning is one of the main pillars of the present inequality in society. And Maryam Akbari Monfared spoke on the resistance of Iranian women since the 1980s against the regime’s compulsions.

Civil and children’s rights activist Atena Daemi said foreign athletes’ opposition to wearing the mandatory veil during tournaments in Iran and also women’s opposition to ban on their bicycling are important issues.

Mahvash Sepehri, the Bahaii prisoner of conscience who observed her 10th IWD in prison, said that through their cooperation, women can build a peaceful world devoid of violence.