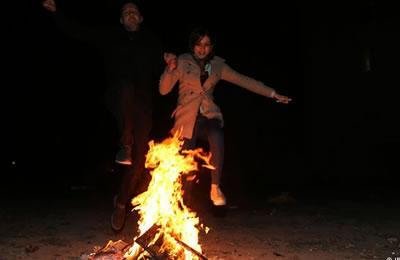 48 women have been arrested for participating in the traditional Iranian fire festival.

The State Security Force’s Police Chief, Mohammad Sharifi announced at a news conference on March 15, that 48 women had been arrested during the Fire Festival on Tuesday night, March 14, 2017.

Sharifi said twelve of those women were turned in to a judge and the rest were released after signing papers. (Shabestan state-run news agency – March 25, 2017)

Iranians celebrate the last Tuesday of every Persian calendar year by jumping over fire and using firecrackers and fireworks. The Iranian regime fears this celebration and tries to prevent it every year especially since it provides an opportunity for youths to get together and stage protests.