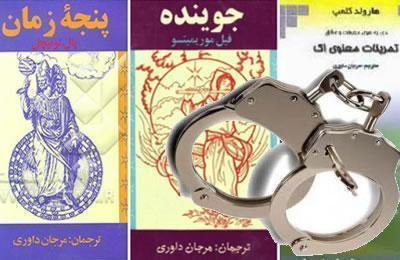 Iran: Marjan Davari’s mother speaks out against the death penalty

In an interview on March 17, 2017, the mother of Marjan Davari called for abolition of her daughter’s death sentence.

Ms. Davari’s mother said, “Marjan did not deserve the death penalty. I don’t know what happened in the middle of the way that the page turned… As a mother I am burning. I hope that not only my own daughter but other youths would not go on the stool.”

Marjan Davari, 50, a researcher and translator, was arrested on September 24, 2015, when the Path of Knowledge Institute was shut down and its instructors arrested. She received a death sentence on March 12, 2017.

Iran: Niloufar Moussavi expelled from university for her faith