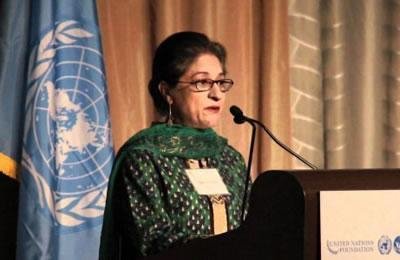 Iran: Mandate of Special Rapporteur extended for another year

The UN Human Rights Council adopted a resolution on March 24, 2017, extending the mandate of the UN Special Rapporteur on the situation of human rights in Iran, Ms. Asma Jahangir, for another year.

The resolution was adopted despite opposition by the Iranian regime and a number of other major violators of human rights.

Recalling the UNHRC and General Assembly resolutions condemning rights abuses in Iran and emphasizing the Iranian regime’s lack of cooperation with the UN, the resolution welcomes the report and recommendations presented by the UN Special Rapporteur on the situation of human rights in Iran and adds that: “(The Human Rights Council) expresses its serious concern over the issues raised in the report of the Special Rapporteur and also failure to allow her to travel to Iran.”

Iran: Evin prisoner writes of her faith in the spring of freedom