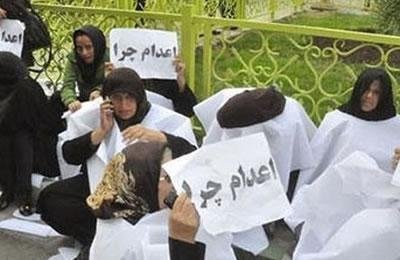 Families of death-row prisoners have announced that they will hold a gathering on April 9, in front of the Parliament in Tehran, calling for abolition of the death penalty.

They held similar gatherings on January 30 and February 25 demanding abolition of the death penalty.