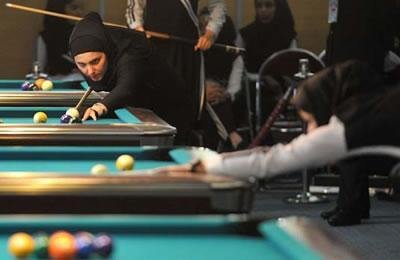 Iran: Female pool players were deprived of games for one year

The disciplinary committee of Iran’s Bowling and Billiard Federation deprived several female pool players from participating in all domestic and international tournaments for participating in China’s Free Games. The reason for such punishment was mentioned as “failing to observe Islamic principles”.

The committee announced that the names of these athletes will be announced in writing to their provincial delegations. (The state-run ISNA news agency – March 31, 2017)