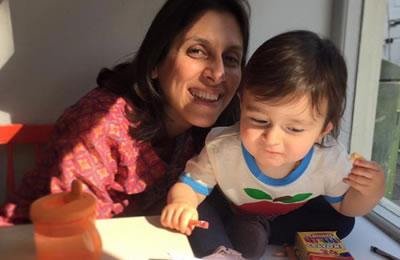 Nazanin Zaghari-Ratcliffe has been deprived of contacting her family and husband in U.K., for two weeks in the Nowrouz holiday for the Persian New Year.

Officials claim that permission for such contacts must be issued by the Prosecutor and interrogators.

Nazanin Zaghari has been sentenced to five years in jail on the charge of acting against national security. She was arrested along with her toddler daughter exactly one year ago, at the airport as they were about to return to London after a family visit in Iran. She was transferred to Kerman and agents confiscated the British passport of her 2-year-old daughter.

Iran: New sentence for Atena Daemi and her sisters

Iran: Woman, 64, detained in Evin Prison with a 34-year sentence