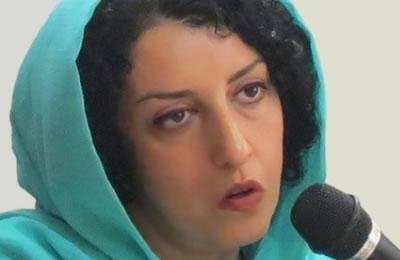 Ms. Mohammadi had been sentenced to six years imprisonment in 2010 on the charges of disseminating propaganda against the state, as well as association and collusion against national security.

Nargess Mohammadi was granted medical leave in 2012 due to severe illness. In April 2015, however, she was arrested in a raid by security forces on her residence and taken to Evin Prison to continue serving her six-year sentence. It was during this period, when she was given yet another prison sentence for 16 years, ten years of which must be implemented according to Article 134.

In the new case, Ms. Mohammadi is charged with association and collusion against national security through her continued activities with the League of Human Rights Advocates and women’s feminist groups, holding gatherings on citizens’ rights, air pollution and March 8, disseminating propaganda against the state, and supporting the campaign against the death penalty.

The Women’s Committee of the National Council of Resistance of Iran issued a statement on May 19, 2016, demanding revocation of the unjust sentence against Nargess Mohammadi and her immediate release from prison.

Iran: Average age of female prisoners ranges between 20 and 35