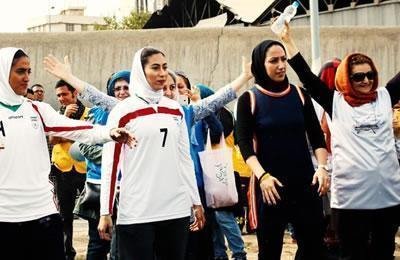 Only two days left to the start of the International Pars Marathons, Iranian officials announced that the race’s routes have been changed because they could not control the veiling of non-Iranian female participants.

Women have been banned from running in the main route and they are permitted to run only around the Azadi Lake.

Hamid Sa’adat, public relations director of the Athletics Federation, openly defended banning of women and said, “We are staging the tournament in an Islamic country and we must be able to control everything. We cannot hold the women’s marathon race without observing the Islamic codes.”

The state-run Sharq newspaper reported that despite Iranian women and girls’ overwhelming interest in the race, the tournament’s website has shut down the women’s registration section since Tuesday and only men can register for the men’s competitions.

The International Pars Marathon will commence on Friday, April 7, 2017, in Tehran. (The state-run Vaghaye’e Ettefaghiyeh – April 5, 2017)