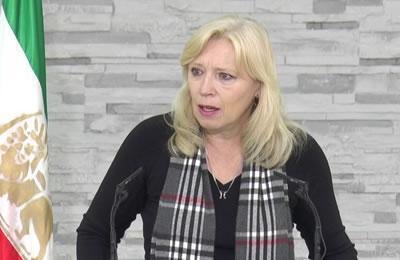 Each day, looking around what’s going on in the world, I have only one question. How is it possible in the 21st century? Why? I’m trying to find the answer. Because if you look around, still there are worse, more and more weapons (instead of) friendship.

All around the world, there are votes for politicians who are very far from what we can call democrats…, looking for their own prospects, maybe the prospects of big businesses but not of citizens at all.

Our neighbor, Ukraine, there is a war. All neighbors, Hungary, Poland, there are political forces which are populist and illiberal and they called themselves illiberal. They are talking about security as the most important thing and they are paying the price of security through human rights. Those who are on the side of human rights are now somewhere in the corner and talking about the dreams that we cannot fulfill because (of) security.

(But) security against whom and for whom?

The only security in our life is security based on freedom. There is no other security. All other kinds of security are based on murders, attacks, executions, imprisonment, and therefore they are against human beings.

The only secure point is human dignity, freedom and democracy.

So, what I can really say is that your hopes, your dreams are something we can start to hope and dream once more. For me, these days were the days when I came to believe, that I should never forget what the most important thing is in life. And that most important thing is the same in Iran, in Syria, in Lebanon, and everywhere; we have to have freedom not only for women but also for men. Because we are living together.

So, when I return home, I will repeat this message. You can believe me. You can trust me.  And I am prepared to do more. I will start with the movement based on Forum of European Freedom and Democracy.

It’s time because one morning we will wake up and see that once again we have more borders, walls, closed societies without the possibility to enjoy citizenship and a way of life based on equality of (inaudible).

So, we also have to fight. And you gave me aim, hope and energy.